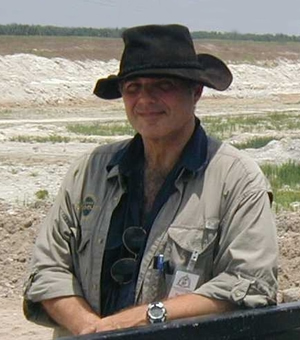 After a career as a military officer that included combat service in Vietnam, Mr. Pascucci returned to his earlier interests in the natural sciences, He holds a degree in anthropology from Florida Atlantic University where he participated in archaeological fieldwork in Ecuador; he also pursued advanced degrees in geoscience and paleontology while at FAU. In addition, he also holds a BA degree in Speech Arts from Hofstra University, where later, as an ROTC Instructor, he held the position of Assistant Professor of Military Science. Mr. Pascucci has also taught both science and English literature at public and charter schools in Broward and Palm Beach Counties. He was President of the Broward County Archaeological Society, from 1997 to 1999. As a volunteer he helped to establish the paleontology program at the Grave Museum of Archaeology and Natural History and organized and led field expeditions to Wyoming, Nebraska, Kansas, and Utah. In 2001 he led a joint FAU/Graves Museum expedition to Como Bluff, Wyoming where his team worked with Dr. Robert Bakker on several projects including the excavation of a major dinosaur trackway. Mr. Pascucci was named the Graves Assistant Director of Science and Education in July 2002 and then Director, a position he held from December of that year until July 2004. From 2005 to 2007 he was an Archaeological Field Technician for Janus Research of Tampa, Florida and in 2008 returned to Ecuador for ethnographic studies. Mr. Pascucci has been the Executive Director of the Palm Beach Museum of Natural History since 2005. In 2013 he accompanied PBMNH paleontologist Robert DePalma on his expedition to the Tanis Site in North Dakota and then later to Haiti for the collection of field samples related the Chicxulube asteriod impact. These expeditions resulted in major paleontological discoveries that subsequently made international news. In 2017 he was instrumental in bringing the museum to its new location in Wellington, FL. In addition to his work with the Museum, he is also the President of the South Florida Chapter of the Archaeological Institute of America and Recording Secretary of the state-wide Florida Anthropological Society. 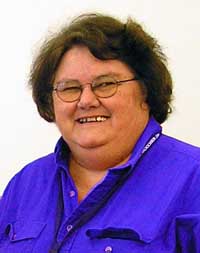 Ms. Flynn was recently re-elected as a member of the Board of the Florida Public Archaeology Network (FPAN), a position that recognizes her long time dedication and commitment to the preservation of the state's cultural heritage. Prior to accepting that position she served two terms as President of the Florida Anthropological Society (FAS) and is now the Society's Chair for Chapter Affiliations. She was a long time member of the Board of the Broward County Archaeological Society and, in addition, Assistant Director of The Graves Museum of Archaeology and Natural History from 2002 to 2004. 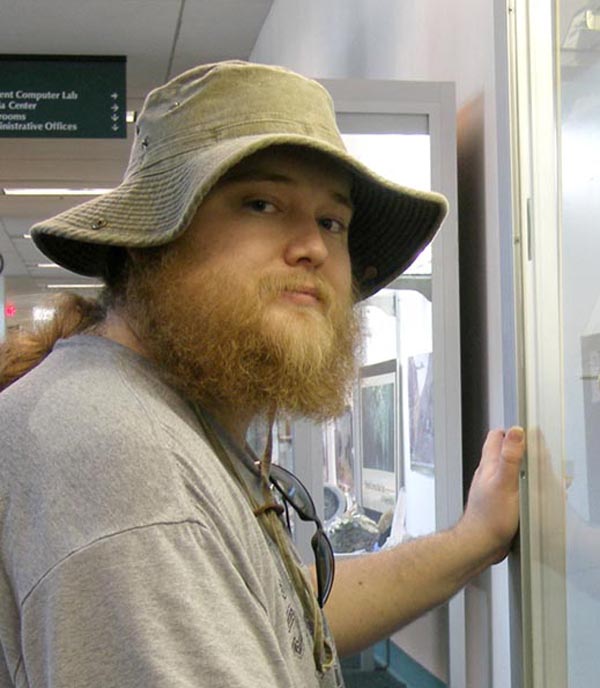 Dr. Ferdinando has a wide range of interests that include anthropology, biology, and history. His current research focuses on the development of regional societies in pre-contact southern Florida and the early post-contact Atlantic. His initial undergraduate degree was awarded from the University of Central Florida in Anthropology. He also received a Master's in Anthropology from Florida Atlantic University. Additionally, he holds a Bachelor's degree in history from UCF, with a concentration in ancient civilization, the American colonial period, and the British Empire. He received his Doctoral degree from Florida International University in 2015. Dr. Ferdinando is currently a lecturer in the Department of History at the University of North Carolina at Charlotte. He uses a mix of historical documents and archaeological data to help navigate the pre-/post-contact boundary in telling Native American history. 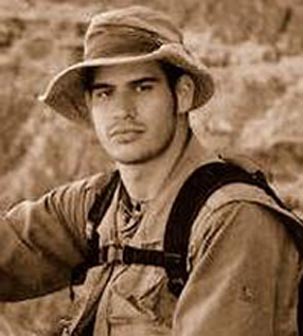 Robert DePalma is a vertebrate paleontologist whose focus on terrestrial life of the late Cretaceous, the Chicxulub asteroid impact, and the evolution of theropod dinosaurs, was sparked by a passionate fascination with the past. His interest in fossils, osteology, and exploration began at a very young age and formally kicked off when he started working for the Florida Museum of Natural History prep lab at age 14. By the time he entered high school, Robert had already been offered an apprenticeship at the Denver Museum of Natural History and had basic experience in mounting modern and fossil skeletons. Robert’s fascination with the natural world and artistic media led him to build his skills in drawing, painting, sculpting, fossil preparation, scientific investigation, museum exhibit design, and visual effects, guided by paleo artist John Gurche, Hollywood visual effects guru Stan Winston, and various professional scientists including Robert Bakker, Larry Martin, Mark Norell, and Walter Alvarez. As a professional scientist, Robert has collaborated with or offered his services to museums across the globe, including the Florida Museum of Natural History, the University of Kansas Natural History Museum, University of Manchester, American Museum of Natural History, and others. Since 1996 Robert has led over 25 expeditions in the US and abroad, adding volumes to our knowledge of natural history and forging new collaborative alliances. Robert’s research work has included the discovery of the first known dinosaur-aged amber insects from the Hell Creek Formation, discovery and description of the giant dromaeosaurid dinosaur Dakotaraptor steini, documentation of the first incontrovertible evidence of predation by Tyrannosaurus rex, the first known fossil of healed dinosaur skin, several yet-unpublished new species, and research/excavation of dozens of dinosaur skeletons. Robert’s love for collaboration and inclusion has led to many other teams regularly joining him at research localities to conduct parallel work or support student projects. Robert’s work has been featured on network TV programs on the National Geographic Channel, Discovery, PBS, and others, and his scientific papers have been featured in high-impact journals such as the Proceedings of the National Academy of Sciences, Nature: Scientific Reports, and others. Most recently, Robert has focused on a unique research site, known as Tanis, that preserves evidence of a devastating inundation wave and mass-death assemblage triggered by the Chicxulub impact, a geologic snapshot of the first hours after the impact. Joined by Walter Alvarez, Jan Smit, Florentin Maurrasse, Phillip Manning, and other top scientists, Robert’s team is painstakingly documenting the biota that experienced the last moments of the Cretaceous, in an effort to decode the secret details of Earth’s last mass extinction. This research adds valuable dimension to our knowledge of the Chicxulub event that killed 75% of species on Earth including non-avian dinosaurs, but is also critical to understanding how life as a whole responds to global-scale hazards. It can therefore play a critical role in helping us to navigate the current global ecological crisis. Robert has been an Adjunct Professor in the Geosciences Department of Florida Atlantic University for over 5 years, where the research continues to this day. The Palm Beach Museum of Natural History is happy to have been able to join Robert along some of his long journey of research and exploration, and to have had him as our Curator of Vertebrate Paleontology. Ever since the incorporation of PBMNH in 2005, Robert has passionately helped the museum to grow and gain its footing by improving its visibility and credibility in the professional community, designing/building exhibits, providing access to his professional activities/materials, access to professional networks and collaborators, and including the museum in the various milestones of his scientific career. We could not be more satisfied with Robert’s 17-year performance as a curator, his engagement with the public, his personal and work ethics, or his dedication to the museum’s success. Robert is now Emeritus Curator of Vertebrate Paleontology for PBMNH while he finishes his PhD at the prestigious University of Manchester UK, but he is not gone forever. Robert has plenty of lectures, public engagements, and workshops planned for the near future, so we will still see him around the museum (in person, not just Zoom!).